In recent years there has been a revolution on the photo book market. Beside the well-known publishing houses an uncountable number of small independent publications and publishers have established a new photo book market. Today every photo festival has his own book dummy award like the Fotobook festival Kassel or the Rencontres d'Arles. This development makes it easier for photographers around the world to get their works printed in a still prestigious format: the own book.

Photobooks are, since the beginning of photography one of the main means to express a photographer’s creativity, his uniqueness and his quality. But there are also good as a marketing tool. The main question for most of the photographer is how to approach their own book and how to realize it. This conference by Dirk Gebhardt will provide you with a lot of examples of how to give your career a boost with your own photo book. But also with some good how-tos from editing to design and selling your books. Dirk Gebhardt has collaborated with a lot of photographers to publish their books and win awards for example Kristin Trüb, Jens Olof Lasthein and Dan Nelken. 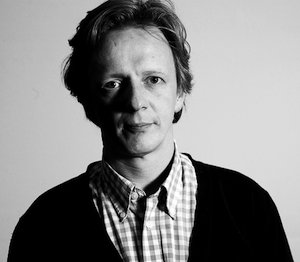 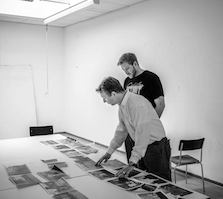 Dirk Gebhardt is a visual storyteller. He prefers to photograph in depth long-term reports on, in the media neglected social subjects. Since 1999, he works for international magazines such as Stern, DER SPIEGEL, DIE ZEIT, Republica and Time Magazine, but also for NGOs such as UNICEF and Amnesty International. He has won several awards, including 2002 the Otto-Steinert-Award of the German Society for Photography and several nominations for "UNICEF Photo of the Year" and the Joop Swart Masterclass. Since 2011 he teaches at the University of Applied Sciences in Dortmund as a professor of photojournalism.